The first Airbus A330-800 commercial jet, flight test aircraft MSN1888, took off today from Toulouse-Blagnac Airport on its maiden flight over southwestern France during which the aircraft performed dedicated flight-physics tests required for the variant. 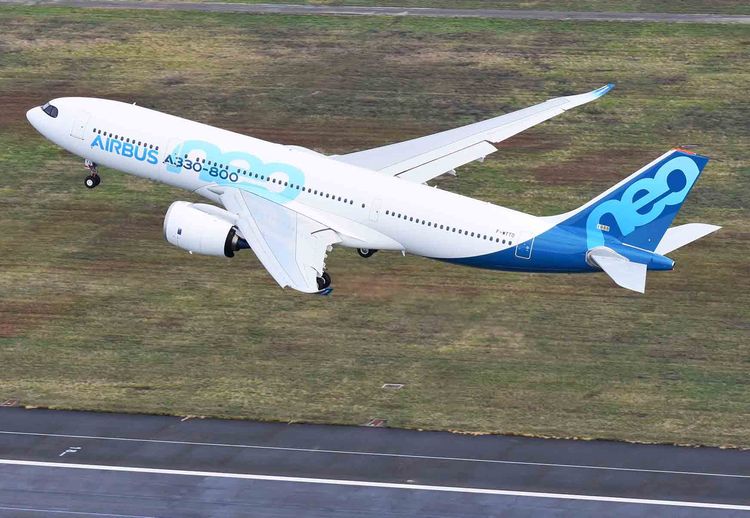 The A330-800’s certification development program is now underway, and is expected to last around 300 flight-test hours, paving the way for certification in 2019.

Its larger A330-900 sibling has completed its development testing and certification program, which validated the A330neo family’s common engines, systems, cabin, and flight and ground operations.

The A330neo is the latest generation of Airbus’ widebody family, launched in July 2014, and builds on the A330ceo’s economics, versatility, and reliability while reducing fuel consumption by a further 14 percent per seat, company officials say. 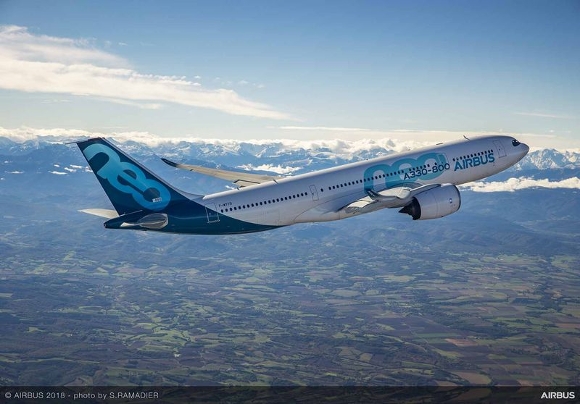 The NEO’s two versions – the A330-800 and A330-900 – will accommodate 257 and 287 passengers, respectively, in a three-class seating layout; are powered by the latest-generation Rolls-Royce Trent 7000 engines; offer new “airspace” cabin amenities; and feature a new larger span wing with Sharklet wingtip devices. 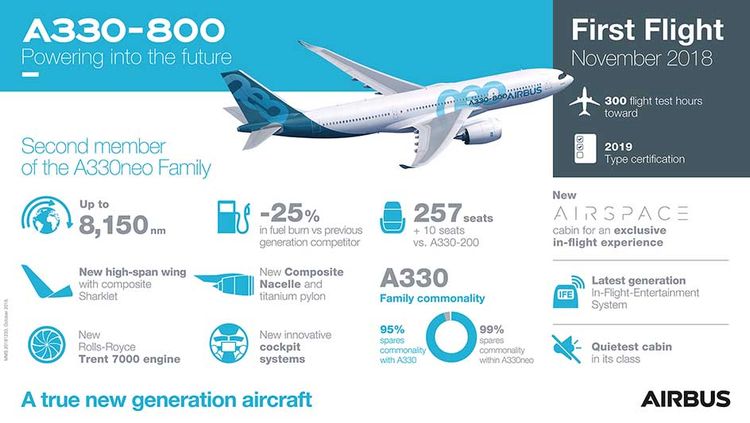