The President of the Society of Motor Manufacturers and Traders (SMMT) urged government to develop its industrial strategy with successful sectors, and to put an immediate focus on automotive priorities post-Brexit.

Speaking at the Society’s 100th Annual Dinner, Gareth Jones underlined the industry’s recent impressive growth and outlined the risks to investment and success if the benefits of the single market were lost.

New SMMT analysis suggests that EU tariffs on cars alone could add at least an annual £2.7 billion to imports and £1.8 billion to exports. Import tariffs alone could push up the list price of cars imported to the UK from the continent by an average of £1,500 if brands and their retail networks were unable to absorb these additional costs.1

The President’s address to more than 1,100 industry leaders and government officials came days after SMMT published production figures showing UK car makers are on track to set a new record for exports and beat the production volumes achieved last year.2 He warned, however, that this success was the result of multi-billion pound investment decisions made years before the EU referendum was even a prospect.

The industry’s fundamental strengths, including one of the world’s most highly skilled and productive workforces, will stand it in good stead to face challenges, but success cannot be taken for granted, Jones said.

The renaissance is down to years of hard work, hard won investment and long-term collaborative partnership between industry and government. We operate in an intensely competitive environment. We need to create the right conditions for future competitiveness, for developing skills and securing the strength of our economy by investing in R&D, and enabling new technologies to be developed here in the UK.

Commenting on the strength of the relationship between Government and Industry, not least through the Automotive Council, Gareth Jones said, “The government has – commendably – put industrial strategy at the heart of business and the department for business. It does so as it faces its toughest challenge – leaving the EU. We must make the right decisions: on trade, on regulations and on business competitiveness.”

He went on to say, “The challenge now is to make a success of the new future. We want a strong UK economy and we want to see the UK’s influence in the world enhanced. But this cannot be at the expense of jobs, growth or being an open, welcoming trading nation. You, our members, have told us what you want; membership of the single market, consistency in regulations, access to global talent and the ability to trade abroad free from barriers and red tape.”

Jones was speaking as the SMMT launches a new report produced by KPMG, The Digitalisation of Automotive Manufacturing in the UK.3 According to the report, the transition to digital manufacturing through new technologies such as 3D printing and artificial intelligence, has the potential to significantly boost productivity still further. More effective use of data, meanwhile, will reduce plant maintenance downtime, speed up product planning and improve quality, meaning consumers could see the time they have to wait for a new car cut by a third.

The so-called fourth industrial revolution will be a step change in manufacturing, with production lines developing more over the next five to 10 years than in the past half century. 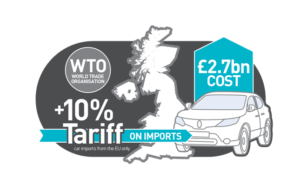 All of this is set to add an annual £6.9 billion to industry turnover, including a £2.6 billion supply chain boost, while also delivering £74 billion to the wider UK economy over the next two decades.3 Realising this potential will require significant investment – and that will depend upon maintaining the UK’s international competitiveness and being part of future regulatory and standard development. 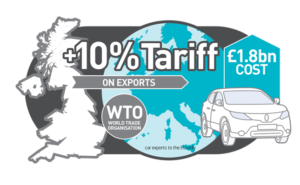 SMMT’s thanks go to all sponsors of the 100th Annual Dinner, and notably the event’s headline supporters, MSX International and Automechanika Birmingham.