Bosch’s Servotwin electrohydraulic steering system is an enabler for driver-assistance technology and a “building block” for future automation. It offers speed-based steering assistance with active return as well as a variety of driver-assistance functions, including semi-automated driving.

Hydraulic steering systems have been available for years. “So what we’re doing here with the Servotwin is building and adding features to a hydraulic steering gear with an electric-assist actuator,” said Ulrich Bidlingmaier, engineering manager, automotive steering, Bosch in North America. “It’s a hydraulically assisted steering system with a power steering pump, and what is new now is the add-on of an actuator.”

Originally developed in the passenger car world, the technology has been adapted for use in the commercial vehicle industry for several reasons. Relieving stress on the driver is one of those reasons. With driver shortages in the trucking industry, Bosch recognized the need to help make the job easier for drivers but also the importance of preparing for the automated future.

“The main benefit of the steering system is really to make it easier for the driver,” Bidlingmaier told Truck & Off-Highway Engineering. The electric motor does a portion of the work for the driver—“that way there’s less strain on the driver and it’s more comfortable driving on the road for those long stretches,” he said.

Servotwin is helpful for on-highway driving and also for less-experienced drivers when they have to back a trailer. One- or two-finger steering effort results in a lot less physical work when turning a semi around and docking a trailer, Bidlingmaier said. 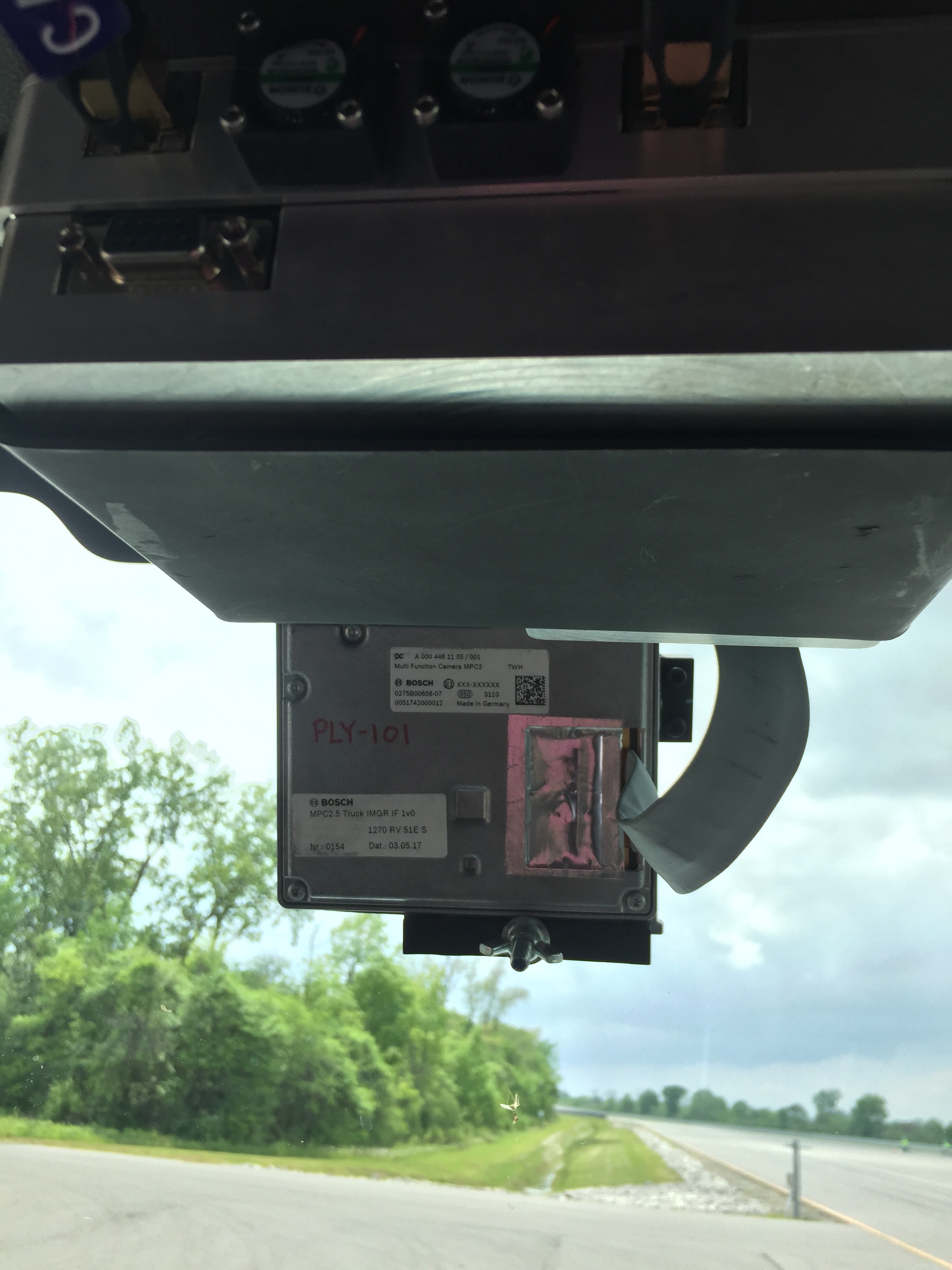 Servotwin for automated driving consists essentially of two components: the RB-Servocom recirculating ball gear power steering and a platform-based combination of an electric motor with control unit and worm gear.

A turning motion of the steering wheel and the applied steering moment are sensed by turning angle and torque sensors and transmitted to the integrated electronic control unit (ECU). By taking other vehicle parameters into account—for instance, speed and load—the ECU determines the required additional steering moment and actuates the electric motor. 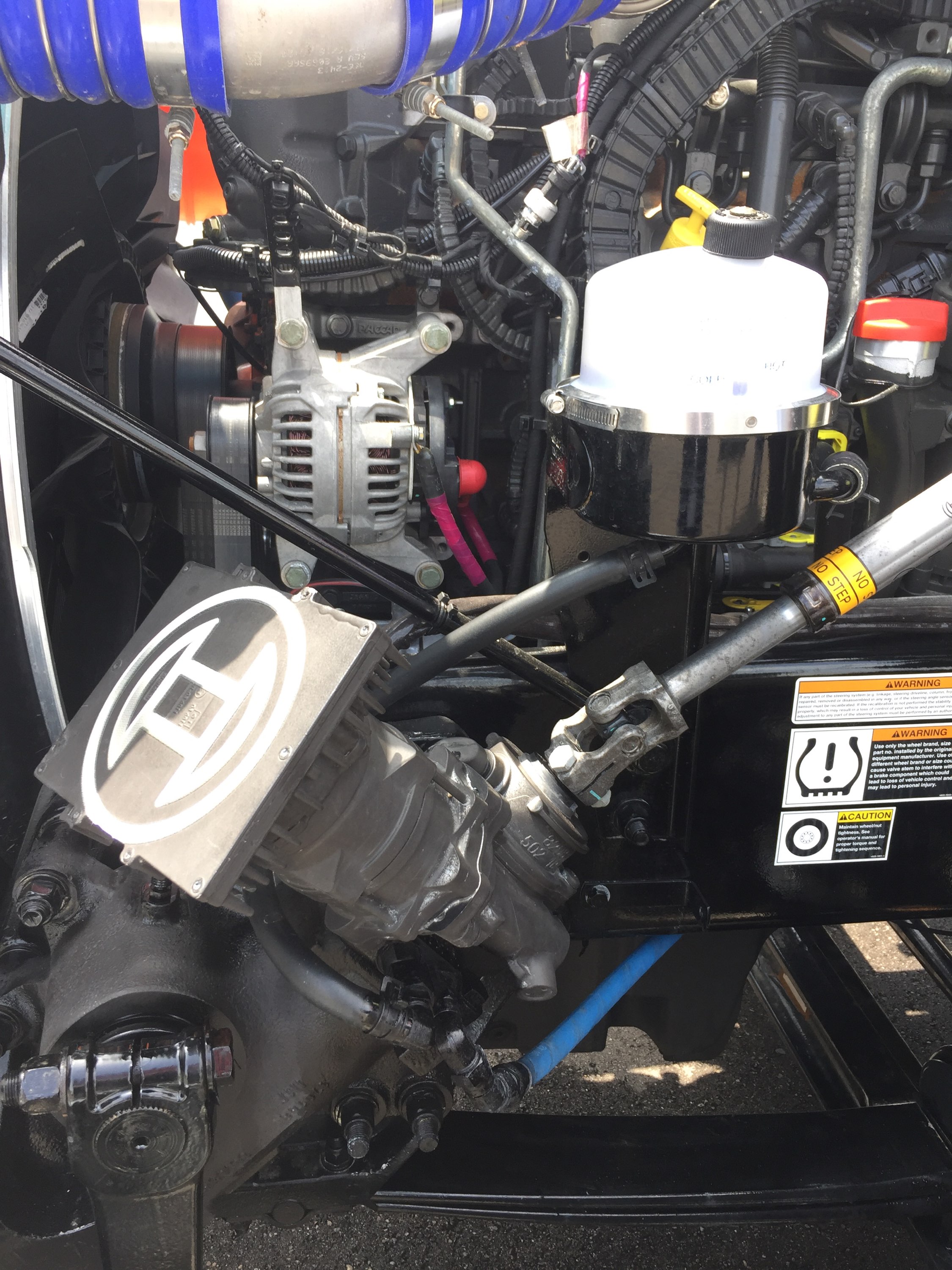 Servotwin functionalities useful for Class 8 trucks include situations like reducing the steering effort for drivers when no-speed maneuvering or parking, and giving an active return to center at higher speeds as well as at no-speed maneuvering—for example, for road crown compensation when the vehicle wants to pull off to the right, the steering gear will compensate for that. It also compensates for crosswind or sudden gusts.

“That covers just the basic uses for the Servotwin as a standalone steering gear without any other components for ADAS [advanced driver-assistance systems]—what the steering gear will do and learn by itself,” he said.

A secondary benefit of the steering gear is safety, Bidlingmaier noted. “If the vehicle would, for whatever reason, lose hydraulic power then the steering recognizes it and then basically provides additional electric assist, so the vehicle can safely be brought to the side of the road, maneuver a curve, or get out of a dangerous situation on the road.”

The Servotwin is currently in production and planned for future launches as well, Bosch told TOHE. At IAA this past fall, the company discussed application of the technology in the Mercedes-Benz Actros.