We’re here today to talk to about the difference between DOT, Snell and ECE helmet ratings. When people go to buy a helmet, many people look at the stickers on the back. There are still numerous performance testing standards from different agencies. Some standards are issued by the government, whereas some of those same standards are issued by private organizations. while they all differ in many ways they ultimately test the helmets ability to absorb impact. You need to worry about and threats see there are also other important features that are not addressed by helmet standard systems.

There have been historically three standard applicable motorcycle helmet ratings. The first is a Federal Motor Vehicle Safety standard or Department of Transportation. We know it as DOT. The second standard is issued by the snail Memorial Foundation, this is a private nonprofit organization. That issues its own motorcycle helmet standard. And the third is a standard that comes from United Nations Economic Commission for Europe and is most commonly used standard around the world or internationally this is what we know is ECE. 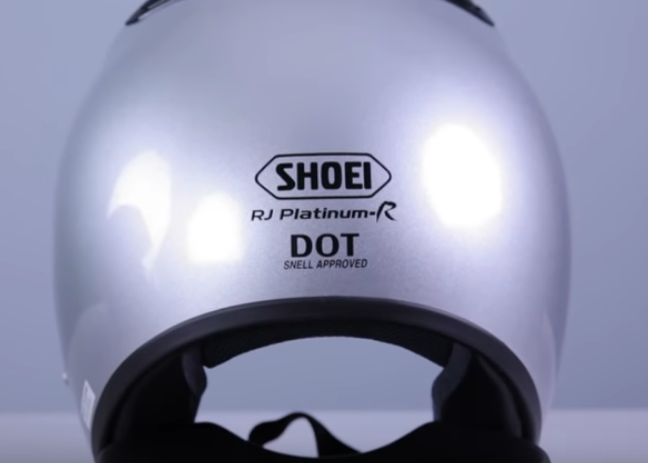 The DOT standard was first issued in 1974 and has been updated numerous times. since then the DOT rating is the mandatory US government standard. All helmets must meet this in order to be used on public highways. This helmets standard is trust based meaning the helmets manufacturer tests the helmets to be sure they meet the DOT standard. The government does perform a random test to make sure that the helmets are meeting the DOT standard. The helmets go through an impact attenuation test, a penetration test, and a retention system test. If the helmets pass these tests, they are then labeled permanently and legibly the label must be easily read without removing EPS or any other permanent part of the helmet. And it must have the manufacturer’s name or ID precise model designation size month and year of a manufacturer on the outside rear laoma Taddeo T symbol. That’s pretty much the basics of DOT.

The snail standard is the second of the two u.s. standards is issued by the Snell Memorial Foundation. This is a voluntary standard that manufactures apply for and iron although both the DOT and snail tests. The snail certification is typically harder to receive both perform impact tests, but the difference is in the impact severity. The impact criteria and the number of tests performed one of the biggest differences between Snell and DOT is how the helmets become certified. The Snell certification occurs when the Snell technicians in a Snell lab test. Samples of the helmets that are submitted by the manufacture. Also snail regularly buys snail certified products that they’ve approved before test them and their own lab to see if they still meet the still standards that they held them to previously that keeps the manufacturers honest. 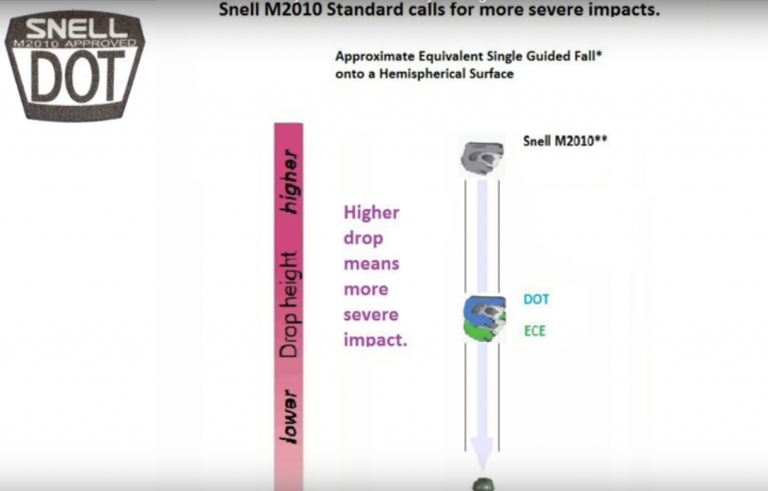 ECE standard is the mandatory standard in Europe. An ECE rating must submit an application one major difference between the European standard and the DOT is: the ECE standard requires mandatory batch testing before the helmets can be released. Now the ECE helmets are tested on peripheral vision penetration resistance. The helmets pass they are labeled permanently and prominently with the name of the manufacturer contact information or web address of the manufacturer model name model number of the product size and last manufacturer date. Snell believes that the thicker, the EPS, the more protection the helmet will provide. Although this is good in theory the thicker EPS liner makes the helmet heavier. ECE theory is that the lighter, the helmet the less inertia is created during an impact. Thus reducing head neck clavicle and even back injuries. The ECE has more in common with the DOT standards and Snell and some argue the ECE rating is better than Snell or DOT.